Strong mind name of game for boxing as 2023 falls on 50th anniv. of Ohba’s death

The year 2023 falls on the 50th anniversary of the death of former world flyweight champion Masao Ohba of Teiken Boxing Gym which reminds many old boxing fans of the possibilities to what extent he would have shone had he continued his boxing career. 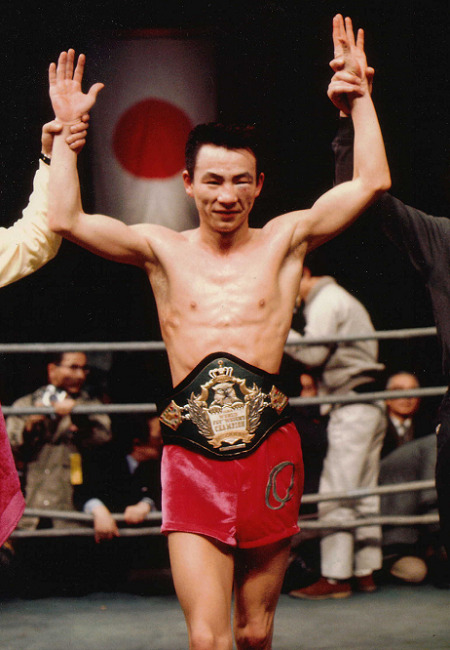 Ohba died in a car accident on the capital highway in 1973 at the age of 23, only 23 days after he retained his World Boxing Association flyweight title with a 12-round come-from-behind knockout victory over Chartchai Chionoi of Thailand.

Though Ohba suffered a knockdown in the first round, he came back strongly late in the fight and attained his fifth successful defense of the title he won in October 1970.

The world ‘’come-from-behind victories’’ is synonymous with Ohba as he suffered knockdowns early and came back later to knock out his opponents in several of his bouts.

Among his lifetime record of 35 wins, including 16 KOs, against two losses and a draw, the fight with Masakazu Tani of Tsukahara Boxing Gym on June 16 in 1967, in which Ohba suffered a four-round decision loss, was the ‘’origin’’ of his come-from-behind boxing.

I happened to watch the fight at Osaka Prefecture’s Abeno Gymnastic Hall and was convinced of his successful boxing career because he had a strong fighting instinct, which is an indispensable factor in a combat sport like boxing.

At that time Ohba had six straight wins, including four KOs, while Tani’s record remained obscure although some report said he had a 6-1-1 win-loss-draw tally with two KOs.

Shortly after the first round started, Tani, much shorter than the tall and lean Ohba, came forward and landed a wild right hook to the head, which dropped Ohba.

While Ohba stood up to beat the referee’s count and resumed fighting, Tani scored another knockdown in a similar fashion. Ohba somehow managed to survive the round. At that time, there was no such rule as a four-round boxer who has suffered knockdown twice in a round is judged to be a knockout loser.

In the second round, Ohba suffered another knockdown, which would have stopped the fight at this point of time even a 10-round fighter according to today’s standard.

Teiken gym manager Haru Nagano was yelling for Ohba by shouting, ‘’Come on Mr. Ohba,’’ which is a proof that the gym is pinning high hopes on him because the manager of Japan’s longest-serving gym came all the way to Osaka for only a four-round match.

At that time, I thought of myself, ‘’After all, Ohba was not much of a boxer people talk about.’’ But I was wrong because actually Ohba proved his mettle in the final round.

After fighting almost evenly in the third round, Ohba quickened his pace in the fourth round as he suddenly landed a barrage of one-two punches (just like in his final fight with Chartchai in 1973).

I was amazed at Ohba’s physical and mental stamina after having suffered knockdowns for as many as three times. Tani was sent tottering back and took the brunt of Ohba’s attack.

But Tani refused to go down. It was probably because Ohba threw his punches with the power of his arm only. Or, Tani was able to take punches more than necessary. Maybe it was the combination of both.
Tani withstood with his back against the ropes and was standing barely with a fierce look.

The way I saw it, it was difficult for the referee to decide when to stop the fight due to Ohba’s sudden and strong counter attack.

There was roar of the crowed at the small-capacity hall. It was not hard to imagine Tani would have been knocked down if the final round had been some 10 seconds longer than the set rule of 3 minutes.

The bell ending the round sounded then and there. In light of today’s standpoint, Tani would have been declared a KO loser before he became groggy.

Though Tani won the fight with a close but unanimous decision, the hall had an atmosphere of Ohba’s victory.

After watching the fight, I was convinced of Ohba’s great success as a boxer because he had possessed the most important thing as a boxer (you have to have a strong mind more so than mere techniques).

Since that time, I had intentionally followed Ohba’s boxing career. After becoming the world champion, he recovered to win from the brink of defeat in many of his bouts, which reminded me of the tremendous fight with Tani at the Osaka Prefecture’s dim hall.
By Masaya Kokubu (freelance writer)