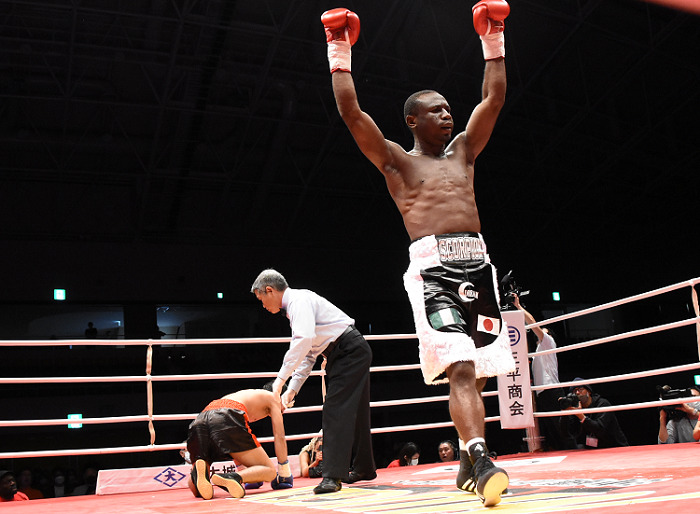 The end of the scheduled eight-rounder at Tomigusuku City Gymnasium came 1 minute and 40 seconds into the round when the 25-year-old Oyekola scored three knockdowns from the previously undefeated Manat by landing a barrage of combination blows to the head and body.

‘’I was expecting a harder fight. I am ready to become a world champion from Okinawa,’’ Oyekola said after the fight with Bobby Ologun, a Nigerian-born television personality, serving as an interpreter.

Ologun also served as a cornerman for Oyekola in the fight. 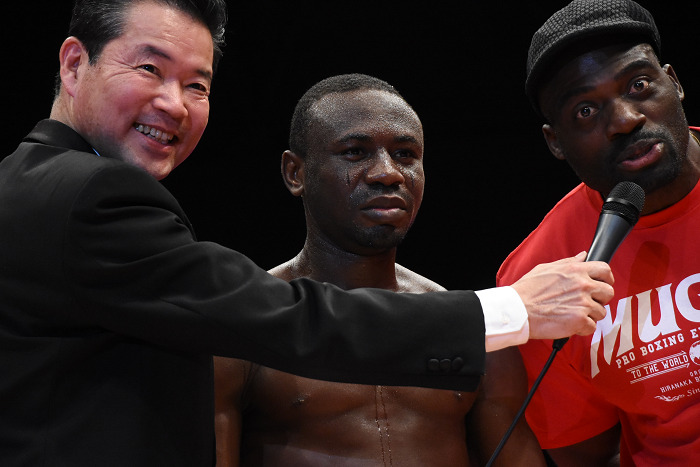 It was Oyekola’s third straight victory in Japan. He has been fighting out of Okinawa’s Hiranaka Boxing School Gym since last September.

The gym’s head Nobuaki Hiranaka said, ‘’While today’s opponent was a test case for Oyekola, he won with a good performance. I had been relieved because he was training seriously.’’

With the victory, Oyekola now has a record of 11 wins, including six knockouts, against a loss and a draw. For his part, the 25-year-old Manat fell to a 7-1 win-loss record with five KOs.