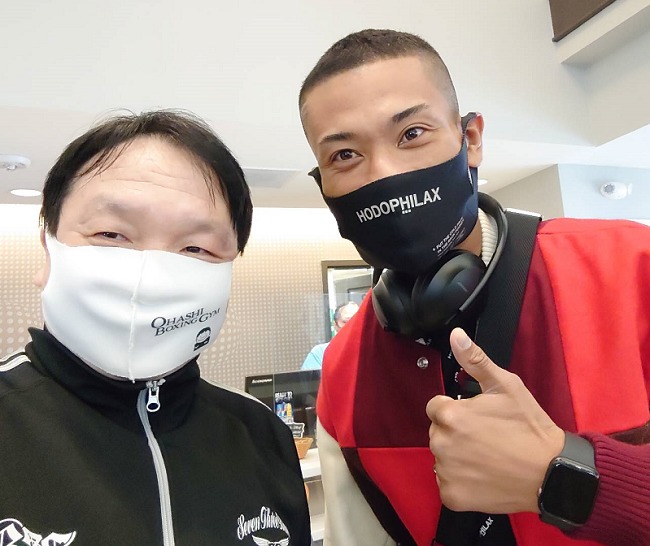 The 24-year-old Hiraoka, undefeated in his 15 bouts with 10 knockouts, will take on Rickey Edwards of the U.S. in an eight-round bout. It will be Hiraoka’s second appearance in Las Vegas under a contract with Top Rank Inc. Hiraoka was born to a Japanese mother and a Ghanaian father in Yokohama, southwest of Tokyo. Edwards has a 12-4 win-loss record with three knockouts.

In a semifinal bout at the MGM Grand Conference Center will be a 10-round WBO female super featherweight title bout between Ewa Brodnicka of Poland and Mikaela Mayer of the U.S.

Naoya Inoue, 27, who will defend the titles against top-ranked WBO bantamweight Jason Moloney of Australia as the main event of the day, took the day off and was secluded at a hotel room as he was not able to go out due to the novel coronavirus pandemic. The 29-year-old Aussie is also ranked second by the WBA and fourth by the IBF.

All the matches at the MGM Grand Conference Center will be held behind closed doors to avoid the COVID-19. Photo by Ohashi Boxing Gym