Third-ranked International Boxing Federation super featherweight Kenichi Ogawa hammered out a hard-fought 10-round unanimous decision over the IBF’s seventh-ranked kazuhiro Nishitani in an exciting bout in Tokyo on Oct. 2. 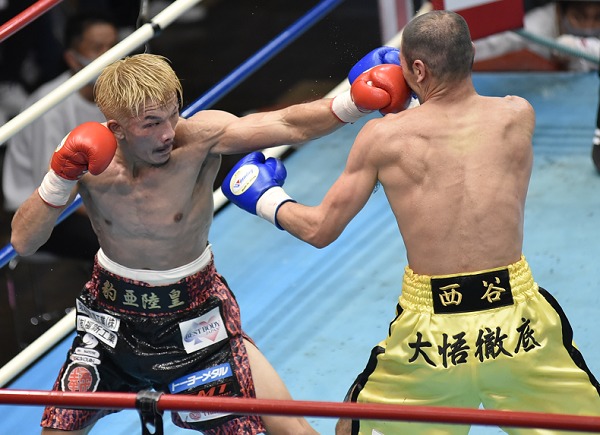 Fighting at Korakuen Hall, both got off to a cautious start, Nishitani landed a left to the head of Ogawa in the third round by switching to a southpaw style, dropping Ogawa to the canvas.

While Ogawa struggled to his feet, his damage was severe and only to survive the round by holding onto Nishitani, who attempted to land finishing blows, and moving around the ring.

Upon entering the fourth round, Ogawa began to rally with his signature left hooks to the body and head. Late into the round Ogawa hit a hard right, dropping Nishitani to his knee for a mandatory eight count.

Ogawa, moving side-to-side swiftly in the fifth and sixth rounds while occasionally landing overhand rights. But Nishitani, a former Japanese lightweight champion, landed hard rights a few times in the seventh round.

Both fought almost evenly in the final 10th round, and the fight went to judges’ scorecards. All three judges scored the bout 97-91 for Ogawa.

With the victory, Ogawa improved his record to 25 wins, including 18 knockouts, against a loss and a draw with one no contest while the 33-year old Nishitani fell to 21-5-1 with 12 KOs.

After the fight, Ogawa said, ‘’I felt Nishitani’s strong spirit. But I think I fought back well and was able to fight calm way. I realized I have to hone my left jabs more. I am determined to fight in any country and any place for a world title bout.’’