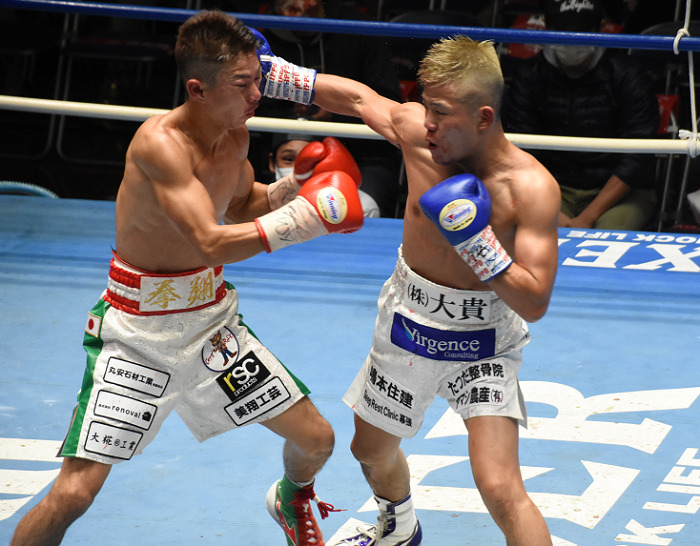 The title was left vacant by undefeated Ginjiro Shigeoka, a younger brother of Yudai, shortly after winning the title in July this year.

After the closely fought 12 rounds at Tokyo’s Korakuen Hall, two of the three judges scored the fight 115-113 in favor of Shigeoka, while the remaining judge had it even at 114-114. There were no knockdowns.
The 24-year-old Shigeoka, a former all-Japan amateur champion, and the 27-year-old Koura got off to a quiet start as neither boxer could land effective punches in the first five rounds or so as both often ‘’wrestled’’ with each other at close quarters.

While Koura landed straight rights in the sixth and seventh rounds, the left-handed Shigeoka connected with a counter left in the 10th stanza and did the same in the penultimate round. Both fought almost evenly in the final round.

With the victory, Shigeoka improved his unbeaten streak to four, including two KOs. Koura, a former Oriental Pacific Boxing Federation minimumweight champion, fell to a 15-2 win-loss record with 10 KOs.