Koki Kameda, head of Kameda Promotion Co., said at KWORLD3 Boxing Gym in Osaka on Nov. 21 he has tied up with Watanabe Boxing Gym to give an audition for nationwide boxers wanting to enter ‘’3150FIGHT SURVIVAL’’ boxing series of the promotion. 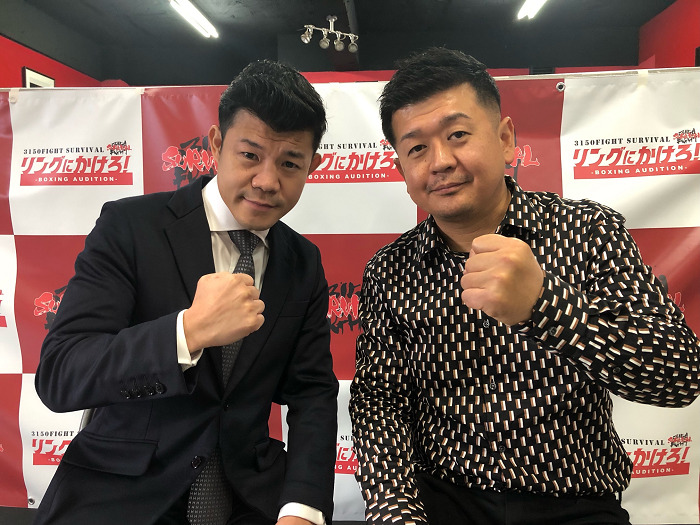 According to the 36-year-old Kameda, any professional boxer, men or women, or the degrees of their licenses, can participate in the boxing series on the condition that they get the approvals of their gym owners.

Shinji Fukamachi, the 42-year-old manager of the Watanabe gym, assumed the post of the chief executive committee of the audition named ‘’Put It All in The Ring.’’ The endeavor envisages vivifying the Japanese pro boxing world, according to Kameda.

Kameda, who promises to make a double payment of their usual purse, said, ‘’More than 100 people have so far offered to enter the two events on the coming Nov. 27 event (in Osaka). There are many boxers from gyms in rural areas wanting to take part in the event, I therefore decided to give the audition. Since I cannot handle everything by myself, I asked Mr. Fukamachi to assume the post.’’

‘’If a capable boxer can advance to ‘’3150FIGHT’’ series, there is a possibility that he or she could take a crack at a world title in his or her third match,’’ Kameda, who is called ‘’founder’’ added.