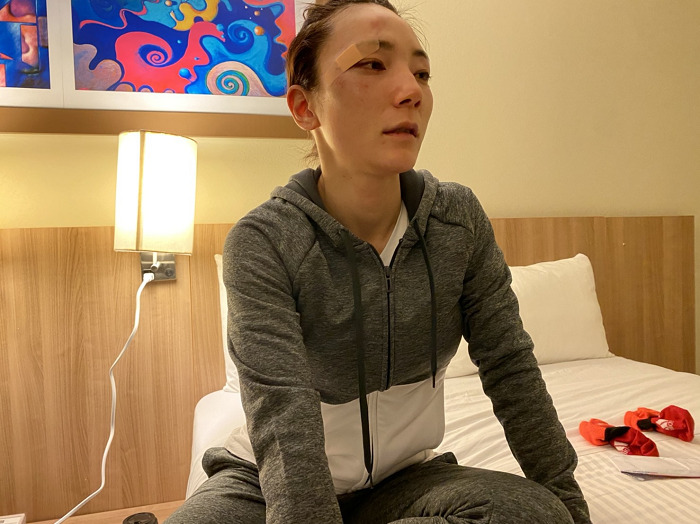 One judge scored the fight 98-92 and the remaining two judges both had it 100-90 all in favor of Valle.
While there were no knockdowns in the 10-round battle held at the Oxigeno Human Playground, Heredia, the central part of the country, both fighters exchanged blows without a letup with Valle getting the better of the exchange.

The 36-year-old Hazuki of YuKO Fitness Boxing Gym tried to land big punches by keeping her guards low in the latter rounds. But Valle’s tight defense did not allow them.

After the fight, Valle said, ‘’I fought for the Costa Rican people in general and really appreciate my fans and supporters who went all the way to realize this fight. I want to fight more frequently and successfully defend the title to make history for the nation.’’

Meanwhile, Hazuki said, ‘’Although I was not hurt, I could not fight my fight because she was shorter that I had thought and had a hard time fighting. I felt a lack of experience. It was frustrating.’’

With the victory. Valle improved her record to 21 wins, including nine knockouts, against two defeats, while Hazuki dropped to eight wins, including two KOs, against five losses and a draw. Photo by YuKO Fitness Boxing Gym