Undefeated World Boxing Association light flyweight ‘’super’’ champion Hiroto Kyoguchi of Watanabe Boxing Gym retained his title for the third time on March 13 (14 Japan time) in Dallas in the U.S. state of Texas as his challenger Axel Aragon Vega of Mexico suddenly retired in the fifth round due to a hand injury. 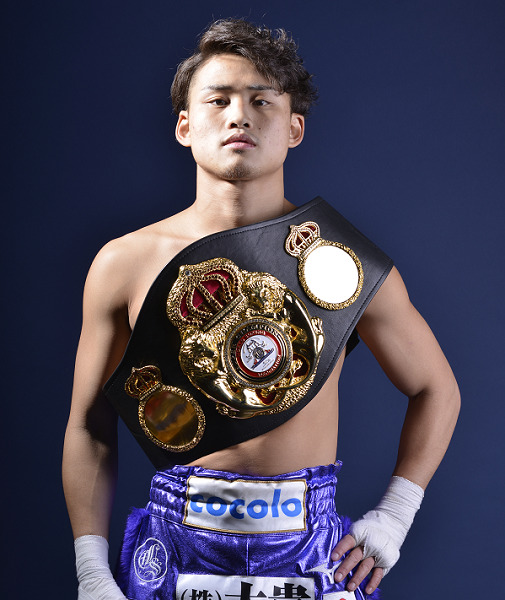 The technical knockout of the scheduled 12-rounder at the American Airlines Center came 1 minute and 32 seconds into the round when the 20-year-old Vega, ranked 10th in the division, laned an overhand right to the head, which caused the 147-cm tall challenger suddenly turned his back on Kyoguchi while crouching down to the ropes.

While Kyoguchi tried to attack him, the referee stepped in to call off the fight. It appeared Vega severely hurt his right fist when he hit Kyoguchi’s head.

Up until the stoppage, both fought almost evenly as Vega moved forward to throw right and left hooks to the body at a close range while Kyoguchi, who also connected with left and right hooks to the body and head, tried to keep his distance from the third round by sticking out left jabs.

With the victory, Kyoguchi improved his record to 15 wins, including 10 knockouts. Vega fell to a 14-4-1 win-loss-draw tally with eight KOs. He had unsuccessfully challenged world minimumweight titles twice.
Kyoguchi had the first fight after sealing the contract with sporting event promotions company

Matchroom Boxing of England last December. It was also Kyoguchi’s first fight in nearly a year and a half as he last fought in Oct. 1 2019 by winning a unanimous decision over compatriot Tetsuya Hisada of Harada Boxing Gym.

Kyoguchi had to cancel his planned title defense against Thai’s Thanongsak Simsri on Nov. 3 last year in Osaka, western Japan, as Kyoguchi and his chief trainer proved positive in PCR tests for novel coronavirus immediately before the fight.