Champion Yudai Shigeoka of Watanabe Boxing Gym, uncorking a devastating left hook to the body, demolished challenger Cris Ganoza of the Philippines in the third round to retain his World Boxing Organization Asia-Pacific minimumweight title on July 6 in Kumamoto Prefecture, southern Japan. 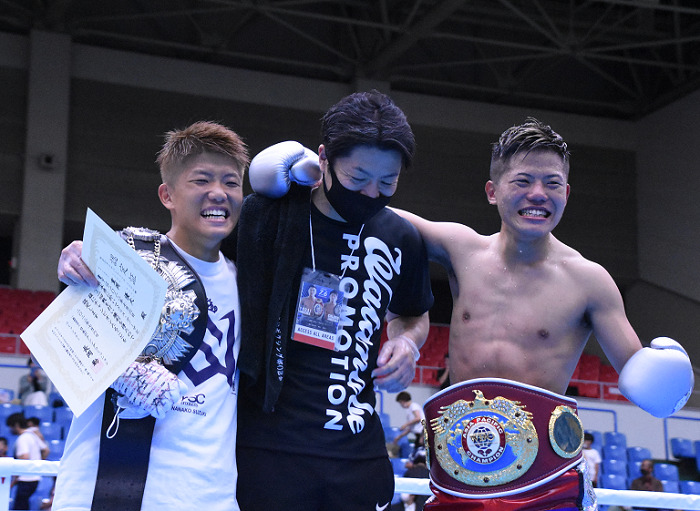 The technical knockout of the scheduled 12-rounder at Kumamoto Prefectural Gymnasium came 59 seconds into the round when southpaw Shigeoka, 25, landed a devastating left hook to the body, sending the 27-year-old Canoza, also a southpaw, down to the canvas, and the referee stopped the contest as the Filipino was thrashing around on the ring. 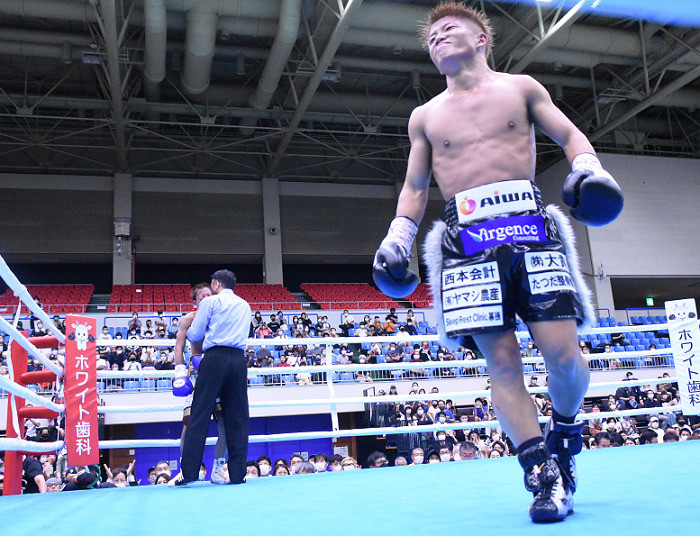 It was Shigeoka’s first successful defense of the title he captured by decisioning Tsubasa Koura of E&J Cassius Boxing Gym for the vacant title last November.

With the victory, Shigeoka extended his unbeaten streak to five, including three KOs. For his part, Canoza sagged to a 19-4 win-loss tally with nine KOs. 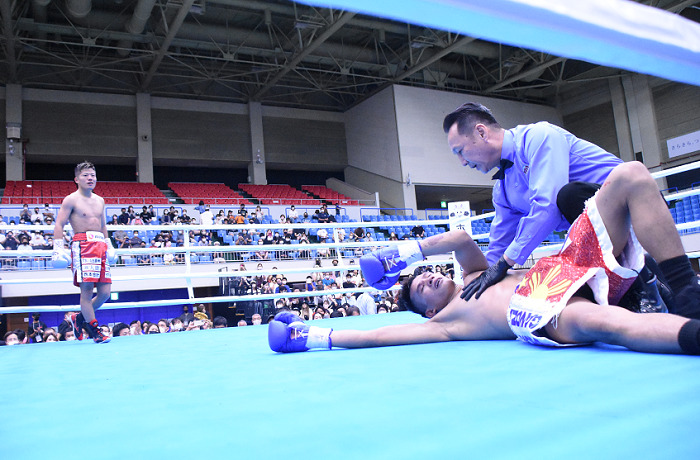 Yudai Shigeoka’s younger brother Ginjiro Shigeoka of the Watanabe gym stopped top-ranked Naoya Haruguchi of Hashiguchi Boxing Gym in the fourth round and retained his Japanese minimumweight title for the first time. The bout was held as the chief supporting card of the WBO Asia-Pacific title fight.

The technical knockout of the scheduled 10-rounder came 1 minute and 48 seconds into the round when the left-handed Shigeoka unleashed a barrage of right-left combinations to Haruguchi’s body along the ropes in the fourth round, prompting the referee to step in to call off the fight.

With the win, the 22-year-old Shigeoka, who is ranked first in the World Boxing Council’s world minimumweight rankings, remains undefeated in his eight bouts, six by KO. The 33-year-old Haruguchi fell to a 18-13 win-loss tally with seven KOs.