World Boxing Organization super flyweight champion Kazuto Ioka of Shisei Boxing Gym, who had some difficulty with his challenger’s active boxing, pounded out a unanimous decision over second-ranked Francisco Rodriguez Jr. of Mexico and retained his title on Sept. 1 in Tokyo. 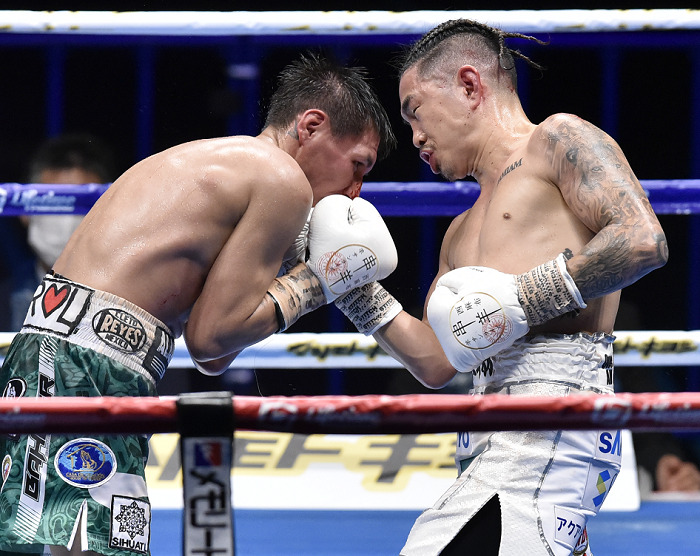 It was the 32-year-old Ioka’s third successful defense of the title he captured in June 2019.
There were no knockdowns throughout the 12-round fight at Ota-City General Gymnasium held behind closed doors due to COVID-19 state of emergency placed by the Japanese government. All three Japanese judges scored the fight 116-112 for Ioka.

After the fight, Ioka said from the ring, ‘’Although I had a hard time dealing with the desperate challenger, I managed to come through. It was a good experience for me. Though there were no spectators at the gymnasium, I fought thinking about many fans rooting for me via television. My next aim is to unify all the super flyweight titles.’’ The fight was televised live nationwide by the Tokyo Broadcasting System Television (TBS).

The 29-year-old Mexican fighter, a former WBO and International Boxing Federation minimumweight champion, occasionally switched to a southpaw style to try to confuse Ioka and visibly landed left-right combinations to the head and body from around the third to the middle rounds.

Ioka retaliated with his sharp left jabs to the head and left hooks to the body from the seventh stanza, and Rodriguez suffered a cut above the left eye while having a nosebleed. 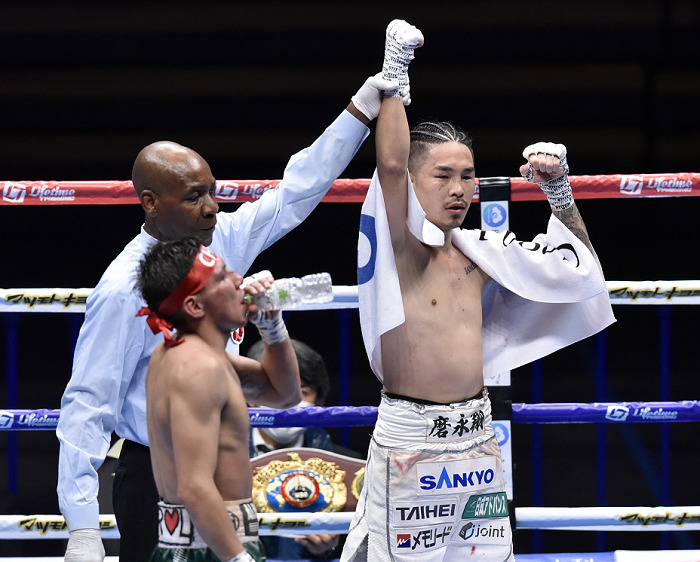 With the victory, Ioka, who has won world titles in four different weight divisions as the only Japanese to do so, improved his record to 27 wins, including 15 knockouts, against two losses. Rodriguez, who had been continuing 15 straight wins, sagged to a 34-5-1 win-loss-draw tally with 24 KOs.