Overwhelming favorite Yuki Nonaka of Atsumi Boxing Gym failed to retain his World Boxing Organization Asia-Pacific middleweight title as the 44-year-old champion, the oldest in Japan, was battered into submission in the sixth round by lightly regarded Hiroya Nojima of Yakushiji Boxing and Fitness Gym on July 24 in Osaka. 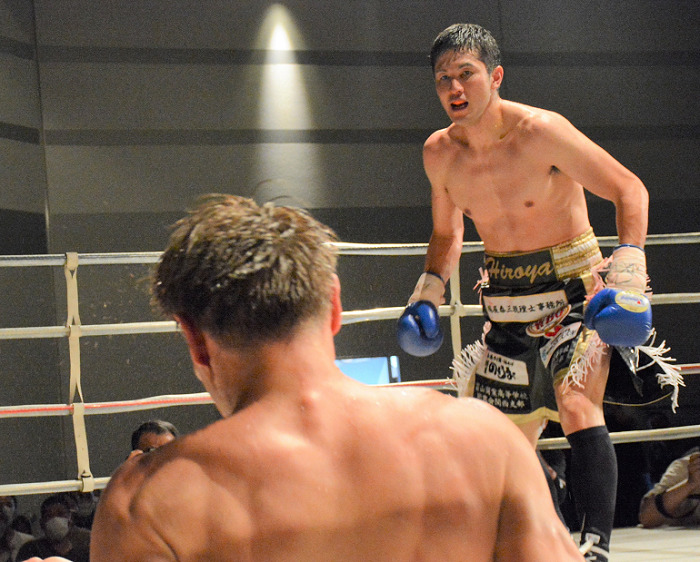 With the defeat, attention will be focused on Nonaka’s future as Japan Boxing Commission’s rule has it a boxer aged 37 and over must lose his license unless he is a champion and a boxer of that ilk. Nonaka failed in his third defense of the title he won in February 2019.

The technical knockout of the scheduled 10-rounder, not a 12-rounder as usual, at Sakai City Industrial Promotion Center came 1 minute and 1 second into the round when the referee stepped in to call a halt to the one-sided bout.

Nojima, the third-ranked Japanese middleweight, dropped left-handed Nonaka in the round with a counter right. While Nonaka struggled to his feet, he was severely staggered which prompted the referee’s stoppage.

The 26-year-old Nojima, the 2020 rooky king at welterweight, got off to a good start by sticking out left jabs and straight rights. Nojima almost decked Nonaka in the third round with a barrage of left-and-right combinations near the ropes. Nonaka bled from the above of his left eyelid.

After the fight, Nonaka said, ‘’My opponent was stronger than me,’’ adding, ‘’I threw many roundhouse punches like I should not have.’’

For his part, Nojima said, ‘’I linearly attacked based on my jabs while keeping my distance, which paid off handsomely.’’

With the win, Nojima improved his record to 10 wins, including five KOs, against a loss, while Nonaka fell to a 35-11-3 win-loss-draw tally with 10 KOs.

The WBO made it special for the fight to be a 10-rounder in consideration of Nojima’s paucity of career. It was Nojima’s first middleweight fight and his first 10-round fight.