The knockout of the scheduled 10-rounder at Kobe Municipal Chuo Gymnasium came 2 minutes and 35 seconds into the round when the 31-year-old Kameda floored Encarnacion with a left hook to the body for the count. Kameda dropped his opponent twice in the third round with a flurry of body shots, including a left hook.

This was the first time for the 31-year-old Kameda to fight ever since he joined the TRYBOX gym at the end of March this year by leaving 3150 (Saiko) Fight Club (now KWORLD3 Boxing Gym) run by his eldest brother Koki Kameda. Tomoki is the youngest of the so-called three Kameda brothers including his second-eldest brother Daiki. 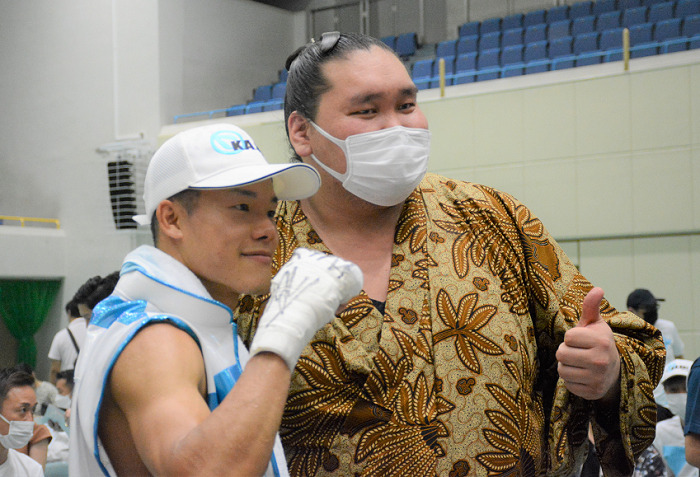 Kameda, dubbed El Mexicanito, has the right to challenge WBA ‘’super’’ world super bantamweight champion Murodjon Akhmadaliev of Uzbekista for the latter’s title with his decision win last December in Mexico to decide the contender for Akhmadaliev, whose International Boxing Federation world super bantamweight title will not be at stake this time.

‘’I have been doing boxing overseas since I was 15 years old. Now I am 31 and want to become a world champion before Japanese fans in Japan,’’ Kameda said after the fight from the ring.